The Church In Tin Town 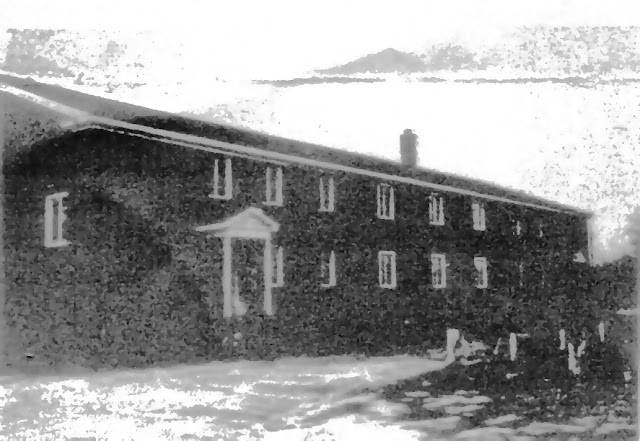 It all began with a tattered Christmas card, a boy who needed help, and a young woman who cared.


Homeland Park Baptist Church had its seed planted in a Christmas card written to a lonely little boy in a reform school. A newspaper account of a youngster in trouble burdened the heart of a young Christian lady, Miss Frances Murphy, who later married Clyde Glenn. At Christmas time she sent a card to the little fellow. In a few weeks a soiled envelope with a child’s handwriting was received. On the same Christmas card that had been sent was this simple message, “Please find my mother and tell her to write me.”

With assistance from postal authorities the mother was finally located in an area south of Anderson known as “Tin Town.” From this meeting with the mother and subsequent visits into the community, the need for God and His Word was felt by Miss Murphy. Feeling the Holy Spirit leading she made plans for a Sunday School. The first meeting was held in one of the homes October 29, 1939.

The Sunday School mission grew, other Christians began to help, and eventually, First Baptist Church erected the first permanent building, just east of the present property. The chapel was dedicated May 6, 1945 and on November 14, 1945 a Southern Baptist Church was organized with thirty three (33) charter members. A few years later six (6) Sunday School rooms were added.


Seeing the potential for growth, a three acre tract of adjoining land was purchased. The present educational building was completed and occupied on June 6, 1954. Plans were started later for a permanent auditorium. This dream was realized and the present auditorium was dedicated September 25, 1966.

February 24, 2022
Homeland Park Baptist Church Welcomes Joseph Habedank In Concert Saturday, March 19th, 2022 @ 6:00pm Doors Open @ 5:00pm A love offering will be taken to insure our church can continue to host events like this in the future and support Joseph’s ministry. ----------------------- Joseph Habedank is a two-time GRAMMY® nominated, Dove Award winning Southern Gospel Artist of the Year (2020) and has been named Gospel Music’s Favorite Soloist for four consecutive years (2017-2020). Joseph has a unique and equally powerful testimony that has been featured on FoxNews.com's Spirited Debate, TBN’s Praise the Lord, and in such publications as Billboard Magazine, CCM Magazine, and Glenn Beck’s The Blaze. He has shared his songs in some of America's greatest churches and venues, including the Brooklyn Tabernacle, Charles Stanley’s First Baptist Atlanta, The Grand Ole Opry, and the historic Ryman Auditorium. On the heels of his critically-acclaimed debut solo release, Welcome Home, he was awa
Read more